Demonstration in Fiumicino with Minister Costa 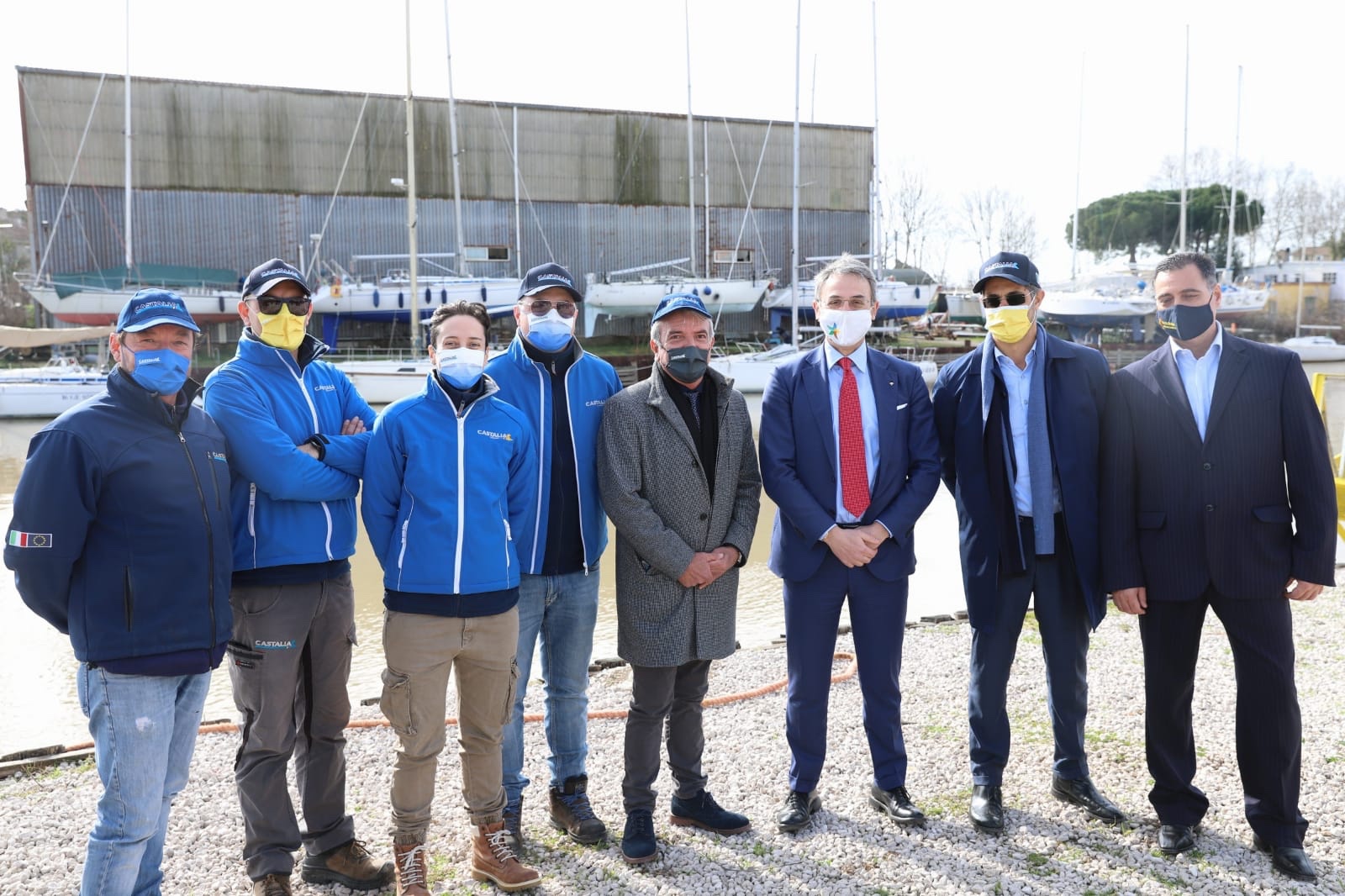 The anti-pollution fleet of the Ministry of the Environment has entered into action against waste at sea, operating along the entire coastline.
Today there was a demonstration in Fiumicino, at the mouth of the Tiber, in the presence of the Minister of the Environment Sergio Costa, with a Castalia vessel equipped for collection of marine litter. Floating marine litter was collected, especially plastic, as foreseen in the new two-year contract, following a EU tender with the Consortium which, in addition to the contrast of hydrocarbons, from this year also deals with the tracing of the presence, quantity and composition of marine litter, in line with Italy’s international commitments. For this activity, the ministry is supported by Corepla, the National Consortium for collection, recycling and recovering plastic packaging, with which an agreement was signed in the summer of 2020 for an experimental project for the recycling of plastic material recovered at sea.

The Consortium will be responsible for verifying, measuring and analyzing the quantity and quality of the waste subject to testing from boats and assessing the actual recyclability of plastic packaging waste. “Seeing the anti-pollution fleet of the Ministry of the Environment in the collection of marine litter is a tangible sign of what will be done in the rest of Italy by the coastal units for the containment of marine litter, both in front of the river mouths and in marine protected areas” affirms the Minister of the Environment Sergio Costa. I thank the anti-pollution service for the considerable contribution it will give to the protection of our seas, in line with EU directives, hoping that the Salvamare” (SaveTheSea) bill, already approved in the Chamber, will get the go-ahead from the Senate as soon as possible.

The Italian sea is double the Italian land surface: it was necessary to change course, together with shipowners, civil society, port authorities, fishermen, waste recovery consortia. So that waste at sea becomes a memory and the blue economy is something concrete “. “Monitoring the quantity and type of waste collected is essential to understand the causes of littering and to identify, in synergy with the institutions, the actions to be taken to prevent it – said the president of Corepla Giorgio Quagliuolo -. For this reason, as part of the experimental and innovative activities that the
Consortium promotes for the protection of our sea, we are carrying out activities that not only contribute to the rehabilitation of the marine ecosystem but also promote the circular economy and raise awareness in the community for proper waste management. First of all the awareness that there is a deep connection between all the participants in the economic system, and that the actions implemented by each, starting from a correct waste management and conscious behavior – has an effect on the ‘whole system’. The anti-pollution service is made up of a total of 32 highly specialized naval units, of which 9 are offshore and 23 coastal.

Nine offshore and four coastal units are located in various Italian ports countrywide to guarantee prompt intervention in the event of pollution of the territorial sea. Nineteen other coastal units carry out patrols to contain the marine litter, both in the marine waters in front of the mouths of the rivers and in the marine protected areas, from Chioggia to Gallipoli, from Augusta to Porto Torres. In addition, four of these nineteen units also patrol the territorial sea areas where the offshore platforms for oil extraction are located (Vasto, San Benedetto del Tronto, Licata and Pozzallo). There will be numerous activities and territorial communication initiatives in the coastal municipalities involved in the project to promote respect for marine heritage and to raise awareness of administrators and citizens on the separate collection and recycling of plastic packaging.

This website uses cookies to improve your experience while you navigate through the website. Out of these, the cookies that are categorized as necessary are stored on your browser as they are essential for the working of basic functionalities of the website. We also use third-party cookies that help us analyze and understand how you use this website. These cookies will be stored in your browser only with your consent. You also have the option to opt-out of these cookies. But opting out of some of these cookies may affect your browsing experience.
Necessary Always Enabled

Any cookies that may not be particularly necessary for the website to function and is used specifically to collect user personal data via analytics, ads, other embedded contents are termed as non-necessary cookies. It is mandatory to procure user consent prior to running these cookies on your website.