New anti-pollution service of the Ministry of the Environment 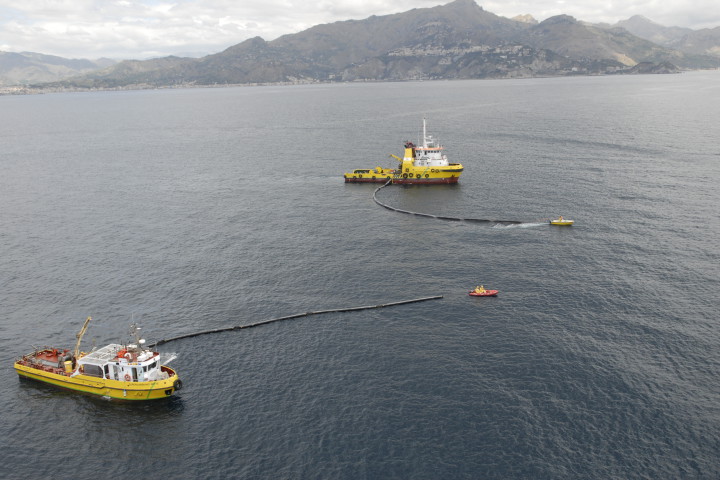 A new marine anti-pollution service of the Ministry of the Environment is launching with the rental of 32 naval units specialized in the containment and recovery of hydrocarbons and derived substances and mineral oils in the
waters of the territorial sea, along the national coastal perimeter. An important novelty compared to the past is that the marine anti-pollution service, together with the traditional forms of contrasting hydrocarbons, will also dedicate itself to the collection of floating marine litter and in particular of plastic, both in protected marine areas and in areas in front of the mouths of rivers. During the duration of the contract (two years), awarded to the Castalia Consortium following an EU tender, the presence, quantity and quality of floating marine litter and plastic collected at sea will be tracked in order to evaluate suitable initiatives to combat the phenomenon of plastic in the sea, in line with the international commitments undertaken by our country (Barcelona Convention, marine strategy, etc.). For this activity, the ministry will be supported by the Corepla consortium with which an agreement was signed last summer for an experimental project for the recycling of plastic material recovered from the sea from the fleet.

This website uses cookies to improve your experience while you navigate through the website. Out of these, the cookies that are categorized as necessary are stored on your browser as they are essential for the working of basic functionalities of the website. We also use third-party cookies that help us analyze and understand how you use this website. These cookies will be stored in your browser only with your consent. You also have the option to opt-out of these cookies. But opting out of some of these cookies may affect your browsing experience.
Necessary Always Enabled

Any cookies that may not be particularly necessary for the website to function and is used specifically to collect user personal data via analytics, ads, other embedded contents are termed as non-necessary cookies. It is mandatory to procure user consent prior to running these cookies on your website.